We also got the second ball rolled across the top of the dugout. Also clearly a game used ball. I'd guess it was fouled against short brick wall behind home based on a beautiful smudge. Thanks!

After the game, someone (batboy I assume), rolled three baseballs quickly across the top of the dugout. We grabbed the first. Clearly game used. Probably a foul back to the net based on marks. Thanks!

Fun night with Tiamo. Tim and Kellan signed one of Tim's 10u game balls and tossed it to Tiamo. He loved it. Later, he gave them a bunch of gum, a pack of seeds, and finally a baseball. Thanks, Jesus!

Sandy Alomar Jr. tried to toss this ball to me and Kellan in the 3rd row of the Pizza Wedge, but Tami reached up and tipped it over the fence into the bullpen. Later, much Mayorga tossed it to us. Thx!

Homerun on fly in the first row of Section 101.

Sandy Alomar Jr. shags balls for a long time in RCF and tossed up his fair share of balls. This one he tossed to Tim in the crowded first row.

Second homer on fly of the day! Fifth of the season! I went up with a group of 3-4 gloves and outreached them all.

Towering Homer on fly. I caught it standing in front of Section 101, Row 1, Seat 2. Tim called it, but it sailed too high over him. I caught it before it flew into the bullpen behind us.

We helped Tim's friend Chase get his first MLB ball ever from Elvis. A moment later, Elvis grabbed another ball and tossed it up to Kellan. Thanks, Elvis! 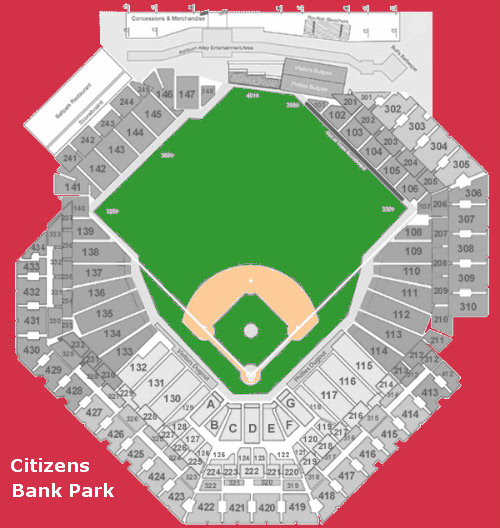