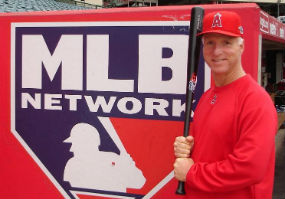 The 2016 Senior Ballhawk of the Year, Devin Trone.The ballhawking community has a growing crop of talented ballhawks who are over 50 years of age, and this year for the first time a Senior Ballhawk of the Year was chosen through a site-wide vote. Los Angeles ballhawk Devin Trone was the winner, edging out Baltimore's Doug Hakey in a close vote. Trone, who is known for rarely going after toss-ups, snagged 293 balls this year over the course of 106 games, averaging 2.76 balls per game. His season-high was a 9-ball outing on April 17 at Dodger Stadium in which eight of the nine balls were snagged off the bat. For his career, Trone has now snagged a staggering 1,738 balls. Trone was followed in the voting by Hakey, Rocco Sinisi and Greg Jeranek from Cincinnati, Leigh Barratt from San Diego, and Dave Edlund from San Francisco. Here's the full list of vote-getters (votes for ballhawks younger than 50 are omitted):