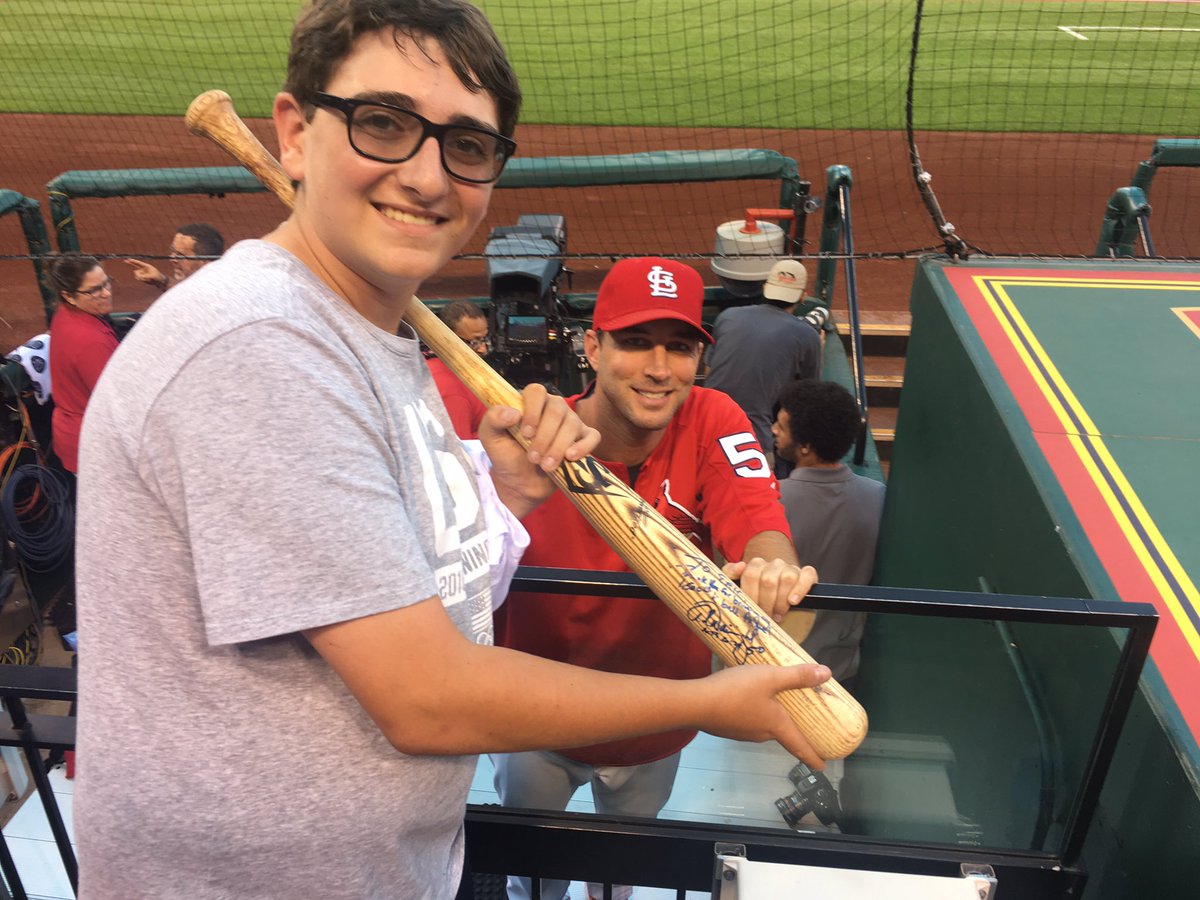 The 2017 Junior Ballhawk of the Year, Eric Abneric, posing here with Adam Wainwright.Eric Abneri's goal for the 2017 season was to snag 100 baseballs. He finished the year with exactly 100 baseballs. It was a breakout year for Abneri, a 16 year old ballhawk from New York, and his success was rewarded by the ballhawking community who voted him the 2017 Junior Ballhawk of the Year. The honor was well deserved, with Abneri having snagged more balls in 2017 than his previous six seasons combined. In addition to his triple-digit total, he finished the year with 21 game balls, an impressive feat considering the difficulty of ballhawking at his home ballpark of Citi Field. Overall, 80 percent of his balls were snagged at Citi with the other 20 percent coming from Yankee Stadium, Citizens Bank Park, and Busch Stadium. Abneri's trip to Busch capped a once-in-a-lifetime experience he had this year when he snagged Adam Wainwright's 1500th strike out. After reaching out to Wainwright online, Abneri was able to arrange to meet him in person and present him the ball. Finishing in 2nd and 3rd place respectively in this year's voting were Donovan "Donnie Baseball" from L.A. and Vincent Nottoli from New Port Richey, Florida, both of whom put up incredible balls-per-game averages. Donovan snagged 8.28 balls per game, while Nottoli had the third highest average on the entire site at 8.63. Here's the full list of vote-getters: