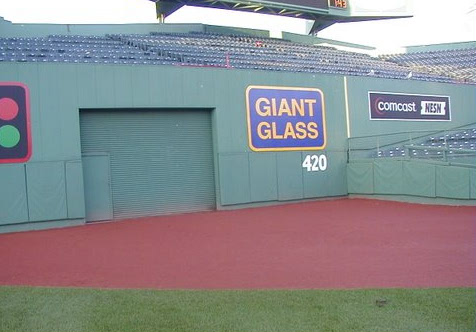 Displaying impressive cup-trick skills in back-to-back games at Fenway Park, Greg Barasch snagged 22 balls during Week 14 of Erik Jab's Ballhawk League, earning him first-place honors. Edging out Chris P by 3 balls to secure the victory, his cup-trick snags were the difference. Primarily working the center-field triangle area, Barsch snagged 5 balls with the trick, including 4 in a row on July 9. Barasch sometimes encounters hostile fans whenever he breaks out the cup-trick, but he encountered nothing but supportive fans at Fenway. "One kid was alerting me to balls that rolled to the wall on the rare occasion I didn't notice," he said. "Another guy said I should study engineering; I told him I already do." Barasch finished out the week by returning home to Citi Field on July 10, where he snagged 10 balls, including 2 BP home runs on the fly. For the week, he finished with 12 Thrown Balls, 4 Hit Balls, and 6 Cup-Trick Balls. For the season, he stands in 4th place in the Ballhawk League with 154 Total Balls, behind Zack Hample, Happy Youngster, and Erik Jabs. Despite putting up huge numbers for the past few weeks, he doesn't see himself breaking into the top 3. "My production is going to seriously tail off in September when I go back to college," he said. "I'm really trying to take advantage of my time off this summer so that I don't get screwed in the standings when the semester starts." View a Full Report of Week 14 on Erik Jab's Blog